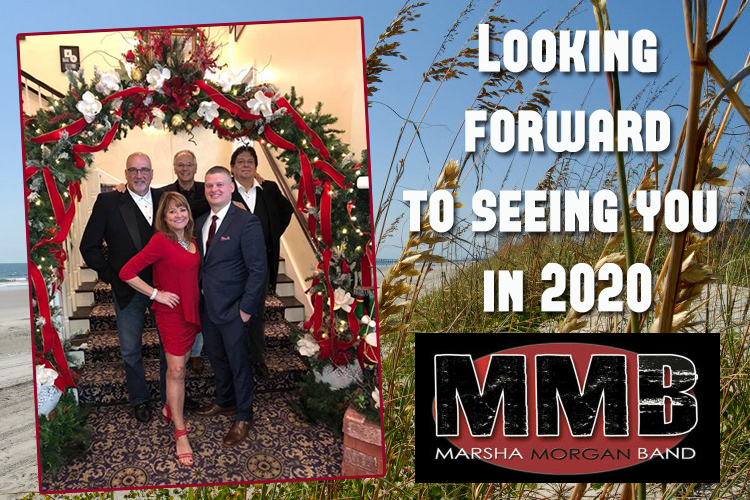 Marsha started her career in the entertainment business 25 years ago performing in a variety of venues.  But first came Gospel!  Born in Asheville North Carolina she began entertaining the Church at 4 years old with her gospel renditions!  It was years later at the world famous Grove Park Inn that she was invited to sing and that….as they say….was that!

The 80’s was a busy decade for Marsha.  Marsha worked with producer/singer/songwriter Paul Davis (“65 Love Affair, I go Crazy”) and released her album “In My Room”. Marsha fronted the band “Horizon”  Horizon Horizon Horizon!!! From 1979 til 1985…  Jim Rhodes on Bass Guitar, Danny Eller on Drums, Billy Lassiter on Guitar, Hank Lueck on Keyboards and Joe Robbins on Keyboards…Everybody in Horizon sang Lead and Background Vocals…Amazing musicians and vocalists all still working today!!!

Marsha performed in “We Are the World” with Michael Jackson at the direction of Quincy Jones which led to a performance on the American Music Awards show in Los Angeles. Marsha’s early roots are in Rock n Roll…She has jammed with Warren Haynes of the Allman Brothers and Government Mule.  She dabbled in the country music world at the encouragement of Chet Atkins when he was the president of RCA Records. RCA Records flew Marsha to Nashville where she stayed at the home of Chet and his wife…Country music just wasn’t what she wanted to do.. and they pushed hard!!…(That was before Garth made country cool! Who knew!)

Marsha Morgan has always loved beach and blues and currently has 6 songs on the radio!  Myrtle Beach is lucky that Marsha now calls this beautiful resort community home.  Marsha is one of the most sought after Artists on the Grand Strand!

If you would like to Book the Marsha Morgan Band for your Next Event, please use the contact form